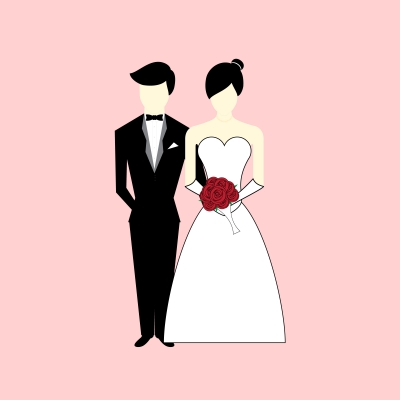 Image courtesy of  lekkyjustdoit at FreeDigitalPhotos.net

We Pakistanis are a strange lot when it comes to marriages. We work all our lives, saving money for a house, and more importantly for our kids marriages. Not that there’s something wrong with this, but comparing ourselves with animals and birds we’re kind of complicated being the better beings. The other beings for instance take care of their young ones only to let them go their own ways on achieving adulthood, in that they train and equip them with the necessary survival skills. In our case its a little more than that, we feed, train, educate, equip them with the necessary skills and finally marry them off, to lead their lives. But then speaking specifically of our Eastern values, where we are held by strong family bonds its logical to be connected with our kin for life or death. But when comparing ourselves to western nations we fall short of many things and yet gain on many.

In a country where almost 50% of the population lives under the poverty line and survival for the lowest strata of the country is a challenge which they have to endure, everyday of their lives, getting married is no simple affair. But speaking specifically of marriages its the middle and lowest classes that are worst affected by the “marriage bomb”. And I am not talking about the “dowry” issue, not that it isn’t worth a discussion. I am talking about the pompous, everlasting, money devouring marriage ceremonies that leave a forever dent in the parents pockets, which otherwise could have been spent on better things, had sanity prevailed. What can, could or should have been a one day affair, is now in the simplest of marriages is a three day affair, consisting of Mehendi, Barat and Walima. But if you throw in the compliments of countless Dholkis, which start well before the marriage itself, sometimes going for days, the event itself becomes a joke, and even at that a bad one. I have had the distasteful honor of attending few such marriage ceremonies where each event had a separate theme conjured by the event organizer, which might have looked very upscale and “lovely” but was sadly a tragedy in the worst form. For those who can afford, well let them be, but for the ones that can’t afford and forced in to it, for sake of being able to hold their head high in the “society”, well frankly its no less than a ephialtes, of the worst form.

From pricey wedding dresses, to marriage themes, drone based movie makers, crafty con men lure the simple souls in to their death traps forcing them to cough out large sums of their hard earned money on things that could have been made simple and affordable. The same money for instance could be used to give the new couple a car or a much needed item or even cash, send them to honeymoon, or even for Hajj or Umrah or buy them a small house. But to spend those oodles of rupees on a ceremony that will last at best for three or at worst for seven or more days is ,no less than a crime, for which we ourselves pay, holding no one else responsible.

And just recently I had the pleasure of attending the simplest marriage ceremony of one of my near cousins. The groom an engineer by profession, not lacking in looks either, is the son of a noble father, who lies somewhere on the periphery of middle and upper middle class. The whole family is well educated and very well cultured in mannerisms and protocols of a progressive society. The whole marriage lasted not more than a few hours, could have been less if we hadn’t traveled to another city for the Nikah ceremony. We went there, were served tea, then Nikah, and lunch and then back. A month later, a small coterie no less or more than 15 in number comprising of what could be called as the Barat went for the Rukhsati and the very next day Walimah was held. The whole affair was devoid of themes, hair dos, visits to the beauty parlor, music bhangras and all the useless shebang! Off course good food was served to the guests and everyone wore good clothes. The love birds later went for a honeymoon as well. This marriage gave me not one but many ideas and lessons, that for sure left me impressed.  I am pretty sure this can only be done when both sides sit down and decide on their priorities, instead of having overblown functions arranged at astronomical costs for show off that for sure are lackadaisical and reek of narcissism.

Please share your views on the issue, I would love to hear from you. Cheers!

2 thoughts on “The Simplest Marriage Ceremony”