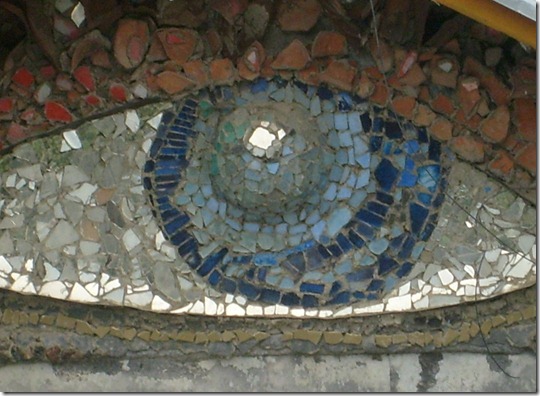 The inevitable happened, as often it does. My better half was out shopping and  I was on my own, that meant no car for me. I had to get home and needed some cash too. So I hired a Rickshaw and headed home, via the bank off course. It was almost 7 pm when I reached the Bank. I told the driver to wait for me as I wanted to get some money and went on to do some jugglery with ATM machine. Praying hard that it does have enough cash, and that it isn’t out of order. It wasn’t out of order, and out came a thin wad of cash, crisp and smelling sweet. As I came out of the ATM kiosk I saw a shadow near me, thinking it to be a mugger I braced for an encounter and deftly moved away only to realize it was the Rickshaw driver who had followed me.

He looked at me and quizzically and asked “who gave you the money?” Now it was my turn to be surprised. I looked at him, and told him I got the cash form the machine. He was now ever more surprised, “the machine gave you money?” I replied in the affirmative. “But how can a machine give you cash?” was the nest tirade. And then, “who put money in the machine and when?” I told him that the people at Bank put it in the morning.

The man was now completely bewildered, and said, “they put money in the machine during the day to take it out at night? why?” That is when I realized the poor man had never seen an ATM and knew even less about the whole ATM thing. I tried to make him understand that the ATM was to facilitate us, as anyone needing cash could go there and get it any time of the day or night. I then walked to wards the Rickshaw with him following me. All along my way to our destination the guy kept on muttering to himself and shaking his head in disbelief.

When I got home I paid him the fare and he went his way. Later at night, while watching TV the whole event flashed before my eyes and I found it hard to believe that he knew nothing about ATMs. Imagine this, him and me living in the same city and yet so divided by economics and fate. I believe there are others like him out there who know nothing about the world around them. To this day, I wonder about the man and in the end feel thankful for all that I have been blessed with. 🙂

One thought on “The proletarian’s laugh”